It’s been a while since we’ve posted, so we thought it was about time for an update!

It’s been a busy year for Polyphonic LP so far. In February, Sam went to San Francisco to attend GDC 2017. While there he showed the game to TouchArcade and they did a write up and video preview of it. You can check that out over on their web site, or watch the video here:

We submitted Resynth to the Play By Play festival in Wellington, New Zealand, and were accepted! So in April Andy crossed the ditch to showcase the game at the exhibition part of the festival. It was a great chance to get feedback on the game from a variety of players, and it was exciting to see that the game appealed to a wide age range. Andy also caught up with the fine folk from Dinosaur Polo Club, developers of the excellent game Mini Metro.

At Play By Play we were also finalists for an “Across The Ditch” award! We were in some great company, with some really exciting, varied games. 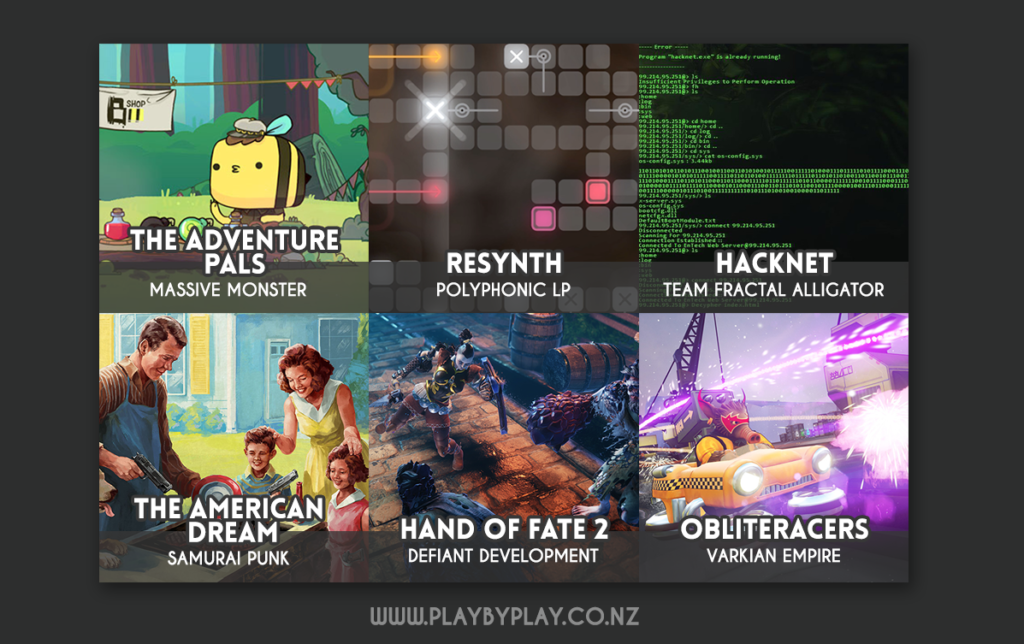 We were accepted into the Casual Connect Asia developer showcase so from the 16th to the 18th of May Sam will be showing the game in Singapore. We are also in the running for the Indie Prize award there, so fingers crossed! If you’re at Casual Connect Asia, come and say hi!

Finally, we’ve just completed the last major feature (an awesome rewind effect when you hold down the undo button!), and Andy is working hard to complete the last couple of levels. We’ll have some news about a release date very soon, but for now we’re trying to smash as many bugs as we can!